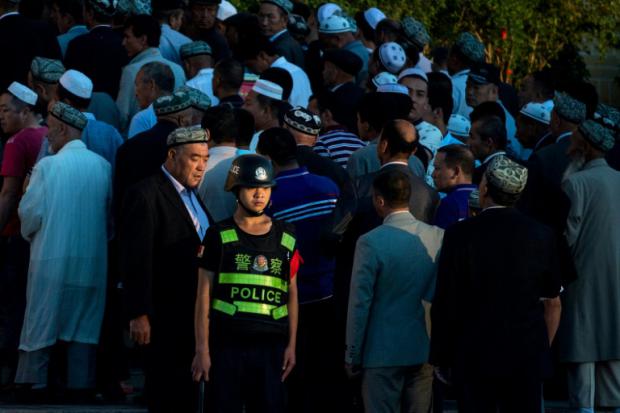 But earlier this year, one of the local government departments in charge of such facilities in Xinjiang's Hotan prefecture made several purchases that had little to do with education: 2,768 police batons, 550 electric cattle prods, 1,367 pairs of handcuffs, and 2,792 cans of pepper spray.

The shopping list was among over a thousand procurement requests made by local governments in the Xinjiang region since early 2017 related to the construction and management of a sprawling system of "vocational education and training centres".

The facilities have come under international scrutiny, with rights activists describing them as political re-education camps holding as many as one million ethnic Uighurs and other Muslim minorities.

Beijing had previously denied their existence. But a global outcry, including from the UN and the US, sparked a PR counter-offensive.