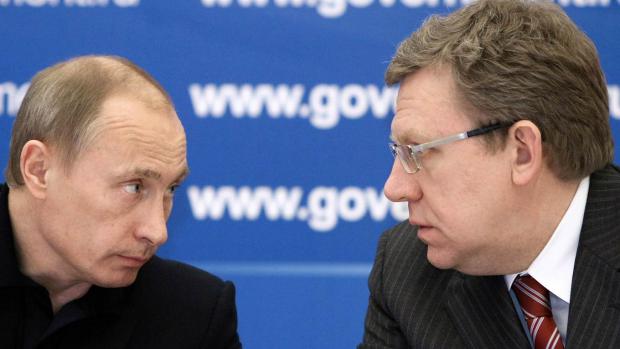 The way I read Helmer's report, Kudrin, a hero to Washington but widely regarded in Russia as an agent of the billionaire oligarchs that Washington and Israel put in charge of Russian assets during the Yeltsin era, is giving speeches advocating that Russia sacrifice its sovereignty and national interests to Washington so that sanctions will be removed and Russian oligarchs can participate in the West's looting of the rest of the world.

Helmer reports that Kudrin told the oligarch lobby last week that "Today Russia's foreign policy should be subordinated to the reduction of tension in our relations with other countries," by which he means the US, in order to reduce the sanctions or, at least, prevent their increase.

Kudrin was the deputy finance minister during the pre-Putin period who presided over the Russian bond default, collapse of the ruble, and crash of the main banks. For this utter and total failure, Putin promoted him to Finance Minister and Deputy Prime Minister. In 2011 pressure from the military resulted in Kudrin being demoted to a lesser position.

In his present position, Kudrin has the authority to examine state agencies and promote his evaluations and proposals. He can refer government officials to law enforcement agencies for criminal prosecution, power he can use to remove Russian nationalists and replace them with pro-American Atlanticist Integrationists.

Kudrin is known to favor capitulation to Washington and promotes himself in the Western press as Putin's successor on the grounds that he is the only Russian political figure acceptable to the US and NATO.

With such a willing Washington puppet as Kudrin waiting in the wings, Putin's assassination by the oligarchs or by the CIA is ever more likely.