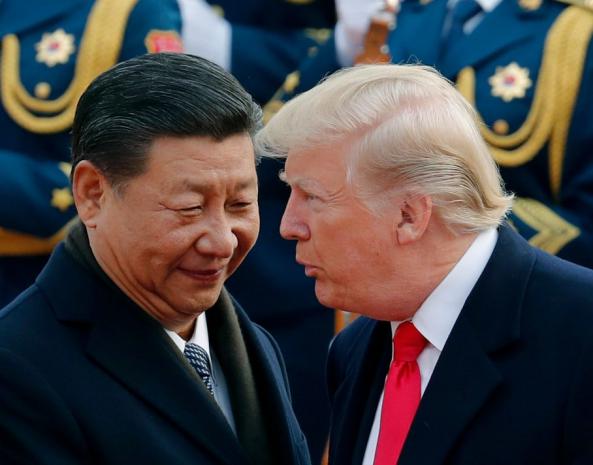 "If you waste time to get people to love you, you'll end up the most popular dead man in town."

*Saudi Arabia: Global condemnation mounts (must be serious if even the French pull out of The Conference), and secondary effects – see Softbank going flaccid on its second Vision Fund – mount.

*Bond Markets: Market commentary increasingly focused on corporate bond illiquidity across EM, Hi-Yield and Investment Grade. What happens to Bond ETF's in a liquidity squeeze – a moot point as investors seek to exit.

*The Fed: Trump blames Fed for hiking rates. Fed is going to stay its course, and points out if anything will power down US growth, it will be trade issues.

Meanwhile, back in Westeros UK

I'm frankly surprised how long it takes Game of Thrones author George RR Martin to dream up his plotlines. They say he used the English War of the Roses for the original books. He might look at the current Brexit negotiations for the final chapters:

The tottering British PM struggles to hold together a fraxious coalition of the unwilling against The White Walkers from Brussels, who know all the have to do is drag it out, collapsing her government and its likely replacement by an anti-everything Labour government. Chaos results. House Scotland attacks from the North while London is distracted, (its been our historical speciality), while the mad-men of Northern Ireland do something spectacularly bad. A second referendum plunges what's left of the UK into de-facto political civil war. The White Walkers from Brussels tightens their grip on their unwilling allies House's Gaul and Proosia, secure in the knowledge they have removed the threat from the west through internal subterfuge – and declare an economic Jihad against Club Med.

Or something like that. How to play it? (Or does May have a Dragon egg somewhere?)

Meanwhile… let us cast our minds far to the East where the real story is probably China. Lots of stuff in the press about China and debt… and much of it casting doubt on the sustainability of China's economic miracle – including its ability to continue as the major economic partner across Asia, Africa and the Middle East.

But first, a diversion… I got taken to task by a US chum yesterday for being pro-Trump in recent comments. Harsh. Whatever I think of him is immaterial. It's the political process that got him there, the geopolitical forces disturbed by his actions, and the real market effects he creates that matter. Loathe him or loathe him... he's creating winds that move markets. Markets are about politics.