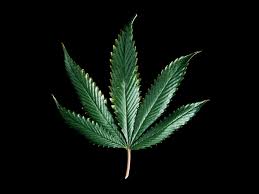 The CEO of Canadian marijuana producer Canopy Growth says that marijuana is set to disrupt $500 billion in global markets.

Bruce Linton - whose company recently shipped cannabis from Canada to the United States using a yet-undisclosed "DEA-approved partner," told CNBC's Jim Cramer that the "back-of-the-envelope math" pencils out - between therapeutic cannabinoid treatments to a cultural shift from alcohol and tobacco to recreational pot use.

"We disrupt alcohol potentially, cigarettes potentially, in terms of smoking cessation," he told Cramer. "We really disrupt pharmaceutical, because whether or not you're geriatric care, you're dealing with arthritic conditions, you're someone who can't sleep, you're going through an oncology treatment, I think you're going to find cannabinoid therapies really hit there."

"And so you add all that together, plus the existing $200 billion illicit market, that pretty quickly gets you up around $500 billion," Linton continued. "It sounds like a 'How could it be?' but just do a bit of the back-of-the-envelope math. It's not crazy."