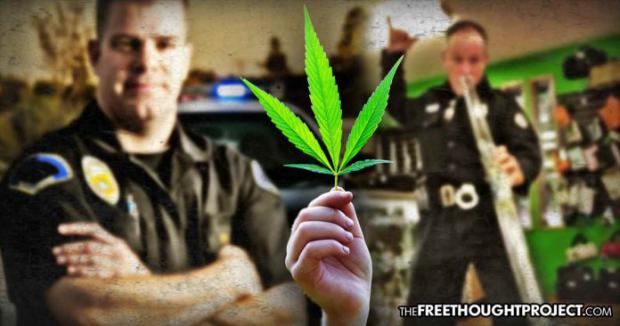 The same substance that was once demonized as a "dangerous drug" is now being accepted in a police department where officials have decided to treat cannabis like alcohol, and they are now allowing their officers to use the plant—as long as they are off-duty.

As the city of Vancouver, Canada prepares to legalize cannabis for recreational use in the coming weeks, the Vancouver Police Board has announced that its officers will be free to use cannabis, as long they arrive to work "fit for duty."

The police board effectively rejected the suggestion that officers should have to undergo "a 24-hour pre-shift period of abstinence" from cannabis before every shift, according to a report from the Toronto Star, because they acknowledge that "cannabis affects different individuals to varying degrees, and there is no medical consensus on how long cannabinoids like THC—the main psychoactive ingredient in cannabis—take to clear the system."

The report from the Vancouver Police Department noted that officers are now expected to treat cannabis in the same way that they would treat alcohol or prescription drugs, which is by not using or consuming it "prior to the start of their shift," which would affect their performance.

The Toronto Star also noted that Vancouver Police officers "will be allowed to possess controlled drugs while working or on break, so long as the substance is stored for the purposes of transportation in its original, sealed and unopened package."