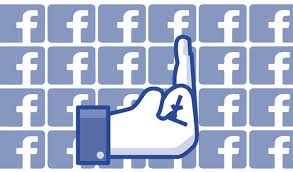 A Taiwanese "white hat" hacker claims he'll broadcast himself hacking Mark Zuckerberg's Facebook page on Sunday, reports Bloomberg. Writing in a Facebook post to his 26,000 followers, Chang Chi-yuan promised to delete the Facebook founder's account, and broadcast himself doing so on Facebook Live. Chang is a well-known hacker in Taiwan, according to Bloomberg.

Chang, and his Facebook page, are listed as a "Special Contributor" in Line Corp.'s bug bounty hall of fame for 2016, and was reportedly sued by a local bus operator for hacking into its system and buying a ticket for a single Taiwanese dollar (equivalent to 3 US cents). The hacker has also posted screenshots of Facebook's responses to his bug reports.

Chang has previously written about using hacking to earn money. Facebook has an ongoing bug bounty program where it says it will "recognize and reward" security researchers who report vulnerabilities in its service.

If successful, this will not be the first time Zuckerberg's page has been hacked. Back in 2011 a hacker managed to successfully post a status update from Zuckerberg's account, encouraging the founder to let users invest in the social media network and turn it into a "social business."