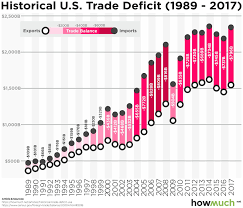 Contrary to widespread belief, imports do not subtract from GDP despite the fact that imports are part of the equation.

Let's start with the definition.

Wait a second. It says right there that imports are subtracted. Yes it does, but it is a mirage.

GDP stands for Gross Domestic Product. Gross domestic product (GDP) is the total market value, expressed in dollars, of all final goods and services produced in an economy in a given year.

The key word is "domestic".

Imports are not domestic. Shouldn't they be subtracted?

The answer is only if they were incorrectly totaled in the first place.

The St. Louis Fed discussed this today in How Do Imports Affect GDP?

When the Bureau of Economic Analysis (BEA) measures economic output, it categorizes spending with the National Income and Product Accounts (NIPA). Some of this spending, which is counted as C, I, and G, is spent on imported goods. As such, the value of imports must be subtracted to ensure that only spending on domestic goods is measured in GDP. For example, $30,000 spent on an imported car is counted as a personal consumption expenditure (C), but then the $30,000 is subtracted as an import (M) to ensure that only the value of domestic production is counted.