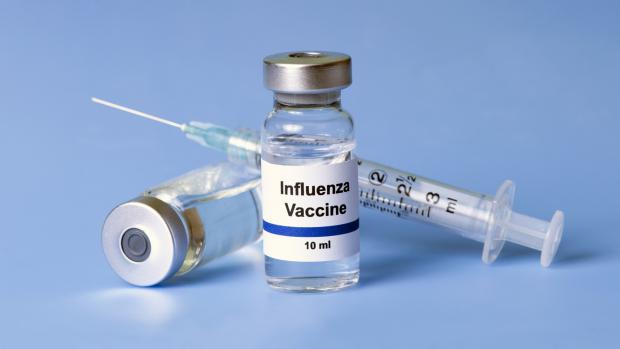 As the Earth begins to tilt away from the sun in winter, North America prepares for the seasonal spread of influenza.  The annual flu scare promulgated by public health agencies is now underway.  The public is told: "Next flu pandemic could be 'DEADLIER than Spanish flu' – wiping out 400 million across the globe," say news reports.

Given recent evidence that news agencies spread fake news for political purposes, one would think by now the public would have caught onto this scare tactic as the Centers For Disease Control serves as a shill for vaccine manufacturers.

The news reports admit influenza viruses are unstable and rapidly mutate.  But they never say they rapidly mutate into less deadly strains mid-flu season.  Got to sell millions of doses of flu vaccine or they go unused.

Even worse, the public may be coerced to inoculate against the flu even though public health agencies know beforehand the vaccine will be ineffective.

Flu vaccines are produced in chicken eggs that are injected with flu strains predicted to circulate in the population in the next flu season.  But this slow process of producing antibodies to a group of flu viruses in eggs is subject to mutation over the months the vaccine is being produced in the eggs, so the vaccine may not actually target the flu strains predicted to be in circulation.  That means health authorities know in advance whether the vaccine will be effective or not but still market it under the guise it will provide what is called herd immunity.  But for that to occur, 70% of the population needs to undergo vaccination.  Only about 45% of the population actually chooses to get a flu shot.

Whoa! I Never Thought They'd Force It On Us Like This!

How They'll Fake the Success of the COVID Vaccine

Pfizer's CEO Sold 60% of His Stock on the Day the Company Unveiled the Results of its COVID-19..