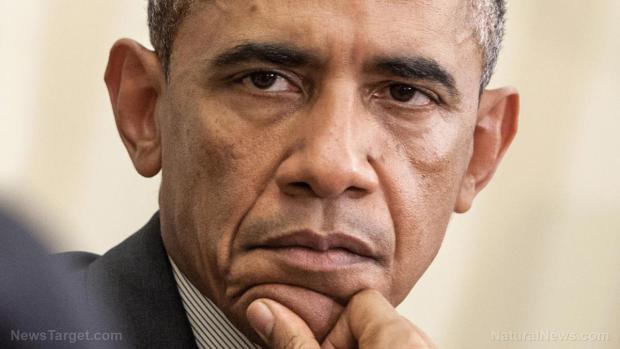 (Natural News) The emergency report (video and article) I posted on Sunday got picked up by InfoWars and received a huge amount of attention, creating quite a stir over my analysis of Trump invoking "martial law" in order to carry out the mass arrests of deep state traitors.

What most people fail to realize is that we've been living under many forms of "martial law" put in place by Obama that are still damaging America and its citizens to this very day. For example:

The tech giants' deplatforming of InfoWars, Natural News and other pro-Trump channels is an extremely dangerous form of digital martial law, where citizens who say certain things are not allowed to exist in the online ecosystem.

The left-wing media, now fully complicit in deep state treason against America, is handed daily marching orders by Obama's CIA factions that determine what "news" is allowed to be broadcast across America. The "media" is not the media. It is the anti-America propaganda arm of Obama's CIA, which is still in power and still working to destroy this nation.

The economic sabotage now being committed against InfoWars and other pro-Trump platforms (by PayPal, Citibank and others) is a form of financial martial law, where deep state-driven financial institutions commit selective economic sabotage against targets identified to them by Obama's CIA.

Close associates of Trump now routinely find themselves indicted and prosecuted by Robert Mueller under a kind of prosecutorial martial law where only selected political targets are subjected to legal scrutiny while pro-Clinton operatives are granted universal immunity from all crimes (including those crimes committed by Hillary Clinton herself).

The American Republic ends. We are now ruled by lying oligarchs, the scum of the earth

Why America is not the greatest country in the world

Patrick Byrne: China Is Taking Us Out From Within

The Most Hopeful Scenario For 2021