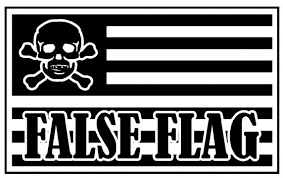 Truth is under fierce attack. If you do not support your website, you will find yourself in total darkness.

While driving yesterday, I turned on the car radio to see if the Russian/Syrian liberation of Idlib, Syria, from the Washington-supported terrorists had begun. What I got was two white females deploring white racism on NPR. They were so guilty that they had indirectly benefitted from white racism. I thought I was going to drown in the guilt of one of the females before she ever finished her sentence.

You are not going to believe the "indirect benefit" that produced such wrenching guilt in the white female. But maybe you will. She had purchased a brick bungalow Identical to the one next door in which a black American lived with the difference that the attic in her house had been refurbished, but the black man's attic had not. Her racial guilt came from the fact that the white person from whom she had purchased the house had been able to refurbish the attic, but her black neighbor had not, apparently because of racism.

Does this seem like a reasonable explanation for wallowing in racial guilt? I can think of many better ones that go unmentioned in the presstitute media. For example, as Eric Zuesse reports, Saudi Arabia, the puppet state that Washington has sicced on Yemen, is "systematically blocking food from reaching tens of millions of people, Houthis, who live in Yemen and are surrounded by the U.S. alliance's engines of death." The Houthis are being starved to death because they wanted a government of their own, not one imposed by Washington.

One wonders at the extremely limited definition of racial guilt that the two white women on NPR found so difficult to bear: The black neighbor had a house just like hers only his attic wasn't refurbished, a sign of racism that she felt guilty about.

How would such emotional and intellectual weaklings, as these NPR women, bear the US-enforced starvation of ten million people in Yemen currently underway, the destruction in whole or part of 8 countries under the criminal Clinton, George W. Bush, and Obama Regimes, now extending into the Trump regime. How could these guilt-burdened women bear the Israeli state's systematic genocide of the Palestinians?

Of course, they don't have to, because NPR never tells them about it. NPR is where white people go to do their self-denunciation as unworthy. This process can't be interrupted by showing where the heavy guilt resides. If white people can't be made to feel guilty, how can blacks and Jews be safe?

The Russian government has presented documented and proven information to the United Nations that the Washington-supported terrorists in Idlib province have prepared a false-flag chemical attack to be blamed on Syria and by implication on Russia. Films are available online, prior to the announcement of an attack, of the preparatory drills that school children in Idlib are practicing for the cameras. Washington has such control over media explanations that this false-flag "Syrian chemical attack" can go forward despite the certification from the international organization that monitors chemical weapons that the Syrian government has zero chemical weapons. See here.

I hope readers are not so brainwashed that they are unable to see that this is a film prepared in advance of a false flag event that will be released to the presstitute media as a real event.