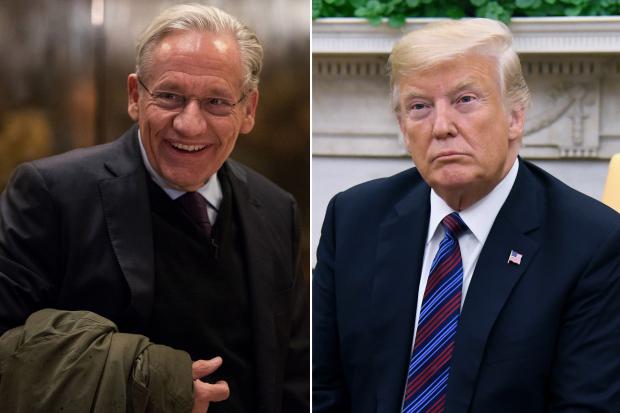 President Trump strongly criticized Bob Woodward's new book, "Fear: Trump in the White House," as "a total fraud," "work of fiction" and "totally discredited." But Woodward said he drew from hundreds of hours of interviews for his book, which is published by Simon & Schuster, a division of CBS. The book depicts a chaotic White House with details from participants and witnesses to the Trump administration.

Asked whether he would release any of the interview tapes, Woodward told "CBS This Morning" on Thursday: "Well, if somebody really wants to challenge me, of course. Of course. But I — again, I've made agreements with people that these sources are going to remain confidential."

In the book, Woodward described a "nervous breakdown" in the administration. In an interview with "CBS This Morning" co-host Norah O'Donnell, FBI Director Christopher Wray told her he has "not seen a 'nervous breakdown' of executive power."

"I have also not read Mr. Woodward's book, and I'm not sure whether I'll ever find time," Wray added.

Woodward responded to Wray, saying, "His experience is limited with Trump." Wray was confirmed as FBI director in August 2017.

"I spent over a year on this. I have literally hundreds of hours of tapes with people who were there. If you've looked at the book, they're very specific incidents. And it is a kind of — it opens the window," Woodward said.

"I Am So Angry My Mind's Gone Blank": China Outrage Explodes After Beijing Propaganda

Is coronavirus a US biowarfare weapon as Francis Boyle believes?

How To Avoid Swallowing War Propaganda

Is He Still Alive??