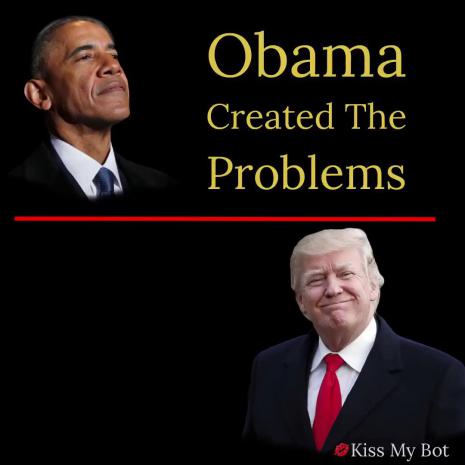 Former president Barack Obama is back. He kicked off a series of campaign appearances last week with a blistering attack on the Trump administration and said the Republican Party had "embraced a rising absolutism." President Donald Trump deserves plenty of harsh criticism, but Obama's indictment is akin to the kid who killed his parents and then sought mercy from the judge because he was an orphan.

Obama declared that"the biggest threat to our democracy is cynicism." He also called for "a restoration of honesty and decency and lawfulness in our government." But his eight years as president fueled the distrust of Washington that Obama now condemns.

How can Obama blame Americans for being cynical after repeating dozens of times his false promise that "If you like your doctor, you'll be able to keep your doctor," despite the dozens of mandates in Obamacare? How can he blame Americans for being cynical after his 2015 assertion that "it is easier for a teenager to buy a Glock than get his hands on a computer or even a book"? How can he castigate cynics after he campaigned in 2008 on a peace platform and then proceeded to bomb seven nations? How can he complain about distrust after he flip-flopped on illegal surveillance and unleashed the National Security Administration to target anyone "searching the web for suspicious stuff"?

Obama created the problems he lists

Obama declared Friday that Americans are "supposed to stand up to bullies, not follow them." But Trump won in 2016 in part because many Americans considered the federal government the biggest bully in the land. Obama relied on "bureaucratic bulldozing rather than legislative transparency," according to The New York Times, issuing 50% more "major regulations" than the George W. Bush administration.

"Most of you don't remember a time before 9/11, when you didn't have to take off your shoes at an airport," Obama told the students. Did they realize that the Transportation Security Administration became far more punitive and intrusive during Obama's presidency? Obama appointees brought in Whole Body scanners across the nation and entitled TSA agents to aggressively touch travelers' genitals and breasts. But despite all that additional power, TSA remained the poster boy for incompetence and TSA checkpoints still failed to detect 95% of smuggled guns and bombs.