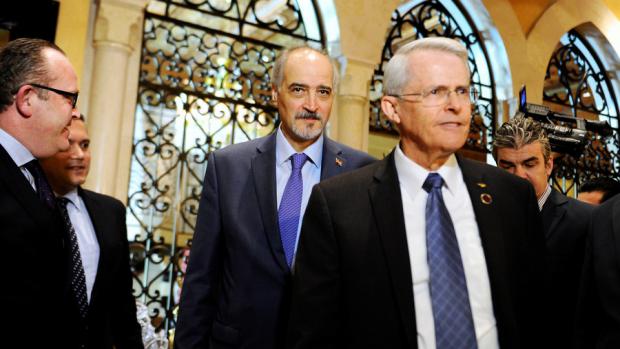 "Around four weeks ago, we knew that British intelligence was working towards a chemical attack in order to blame the Syrian government, to hold Syria responsible," Black said on the Beirut-based Al Mayadeen news channel.

Black later clarified that he meant the British were not planning to carry out the attack themselves, rather they intended to direct rebel forces to do so or stage a fake attack, with actors playing victims.

Russia, for over a month, has been warning that the surrounded rebels in Idlib province are preparing a false-flag attack to frame Damascus and trigger a US led-coalition intervention.

In turn, US Marine General Joseph Dunford says he's involved in "routine dialogue" with Donald Trump to keep him informed about "military options" for retaliation in case "chemical weapons are used." In April, the US led a series of strikes against the Syrian government, avowedly in response to the Douma chemical attack which they blamed on Assad.

According to Black, previous alleged chemical attacks on the Syrian rebel-held area were also fakes concocted by the UK alongside the so-called 'White Helmets,' a group of first-responders who face numerous accusations of being linked to Syria's Jihadist opposition.