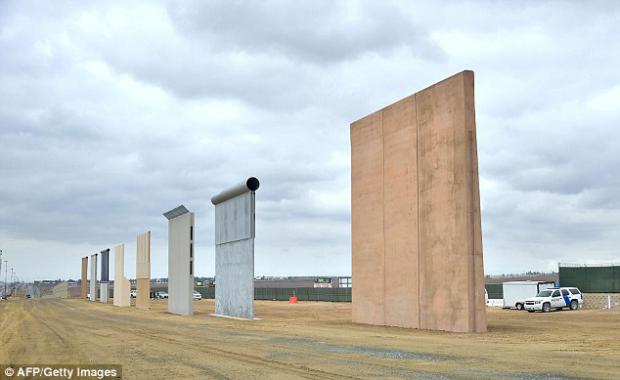 He also wouldn't eliminate the possibility of a government shutdown if Democrats continue to confound his efforts to appropriate money for the project on the U.S.-Mexico border.

'We have two options,' he told DailyMail.com aboard Air Force One as he flew from Billings, Montana to Fargo, North Dakota. 'We have military, we have homeland security.'

He was asked specifically about using the Army Corps of Engineers as a taxpayer-funded construction crew.

Trump said he would prefer to fund the ambitious construction 'the old-fashioned way – get it from Congress – but I have other options if I have to.'

The possibility of diverting Pentagon funding and assets to build a border wall is a hole card the president is holding but has never directly acknowledged before.

Two Defense Department officials told DailyMail.com in August that the Army Corps of Engineers could take on the task.