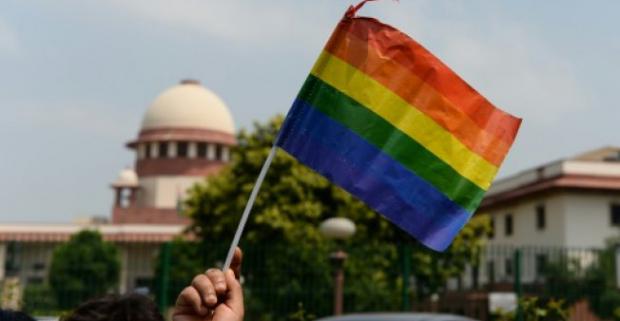 Members of lesbian, gay, bisexual and transgender groups held tearful celebrations in cities across the South Asian nation of 1.25 billion people as the historic verdict was read out.

"The law had become a weapon for harassment for the LGBT community," said chief justice Dipak Misra as he quashed the cornerstone of Section 377, a law introduced by British rulers in 1861.

"Any discrimination on the basis of sexuality amounts to a violation of fundamental rights," he added in the ruling, which added India to a list of more than 120 countries where homosexuality is decriminalised.

While India's law only legalises sexual acts between adults, gay activists have hailed the verdict as a major boost in the deeply conservative country where religious groups have fiercely opposed any liberalisation of sexual morality.

Activists had been fighting the ban since the 1990s, suffering several court reverses before Thursday's verdict.

The Delhi High Court decriminalised gay sex in 2009, but the Supreme Court reinstated the ban in 2014 after an appeal by religious leaders.

According to official data, 2,187 cases under Section 377 were registered in 2016 under the category of "unnatural offences". Seven people were convicted and 16 acquitted.