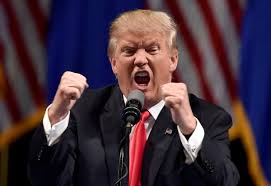 WASHINGTON, Sept 6 — A furious Donald Trump called yesterday for the unmasking of an anonymous senior official who wrote in the New York Times that top members of his administration were undermining the president to curb his "misguided impulses".

Trump asked if the unsigned op-ed could be considered treasonous, assailed the newspaper for the "gutless" piece and questioned whether the senior official it was attributed to actually existed.

"TREASON?" Trump posted in response to the article entitled I Am Part of the Resistance Inside the Trump Administration, which claimed the president's own staff see him as a danger to the nation.

"Does the so-called 'Senior Administration Official' really exist, or is it just the Failing New York Times with another phony source?" Trump tweeted.

"If the GUTLESS anonymous person does indeed exist, the Times must, for National Security purposes, turn him/her over to government at once!"

In the article, the official stressed they were committed to the Republican agenda, and did not side with opposition Democrats.

But, the official wrote, "we believe our first duty is to this country, and the president continues to act in a manner that is detrimental to the health of our republic."

"Many of the senior officials in his own administration are working diligently from within to frustrate parts of his agenda and his worst inclinations," the official wrote.

The piece was published a day after excerpts from a bombshell book that also claimed that White House staff were constantly battling to rein in the president's worst impulses.

The Times acknowledged the "rare step" of publishing an anonymous editorial but said the official's job would be jeopardised if they were identified, and that the paper knew who had written the piece.

"We believe publishing this essay anonymously is the only way to deliver an important perspective to our readers," the paper said.