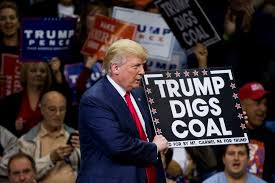 The Paris Climate Agreement is a dead non-binding treaty walking. All the signatories know this, none of them will admit it. So instead, we have to endure the ritual spectacle of UN delegates racking up yet more air miles and dumping their carbon footprint on a new location in order to wail hysterically that much, much more needs to be done to save the planet from the greatest threat evah.
This week the UN's clown caravan has moved to Bangkok, Thailand – the preliminary to an even bigger meeting, COP24, in December in Katowice, Poland.

Time is running out to save the Paris Agreement, United Nations climate experts warned Tuesday at a key Bangkok meeting, as rich nations were accused of shirking their responsibility for environmental damage.

That's because – just as they were in Paris 2015 – the negotiations are caught between a rock and a hard place.

Western countries don't want to stump up for what is essentially an attempted shakedown by poorer countries demanding more handouts in the name of "climate justice."