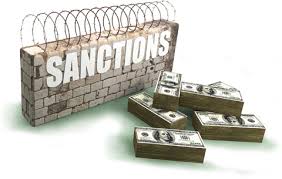 The moves by the two top buyers of Iranian crude indicate that the Islamic Republic may not be fully cut off from global oil markets from November, when U.S. sanctions against Tehran's petroleum sector are due to start.

New Delhi turned to the NITC fleet after most insurers and reinsurers had begun winding down services for Iran, wanting to avoid falling foul of the sanctions given their large exposure to the United States.

Under a CIF arrangement, Iran would provide shipping and insurance, enabling Indian refiners to continue purchases of the country's oil despite the non-availability of cover from Western insurers due to the restrictions imposed by Washington.

The move would benefit Indian Oil Corp (IOC), Bharat Petroleum Corp Ltd (BPCL) and MRPL, which plan to lift Iranian cargoes during the rest of the fiscal year ending on March 31.

How China and India Matchup Militarily if the Border War Escalates