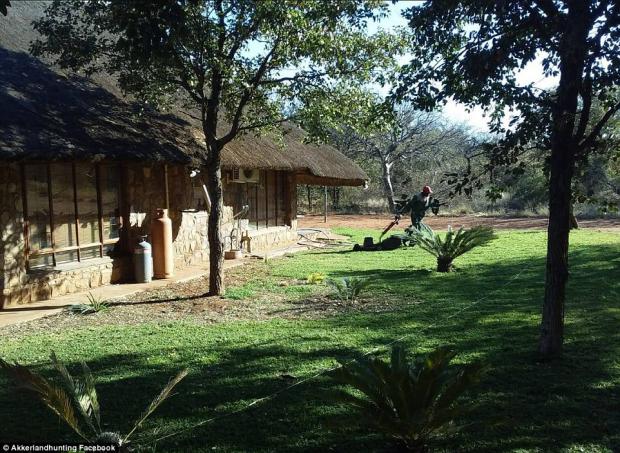 Johan Steenkamp who co-owns a £10million hunting farm in Limpopo province, has been ordered to hand over his land, following a ten-year battle to stop the government buying it for a tenth of its value.

Mr Steenkamp says Prime Minister Cyril Ramaphosa's plans of redistribution of white-owned land to South Africa's black poor is just a cover so that the government can get their hands on valuable coal deposits found under his farm land.

Mr Ramaphosa is trying to accelerate land reform to 'undo a grave historical injustice' against the black majority during colonialism and the apartheid era that ended in 1994.

Since the end of apartheid, the ANC party has followed a 'willing-seller, willing-buyer' model under which the government buys white-owned farms for redistribution to blacks.

However, Mr Ramaphosa now has announced plans to change the constitution to allow the ANC to take lands from white farmers without compensating them.