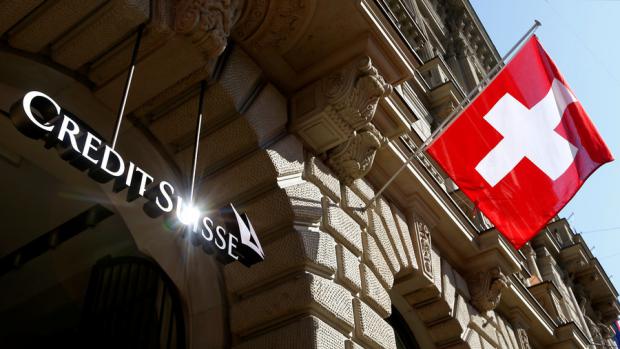 One of Switzerland's largest banks, Credit Suisse, has frozen roughly 5 billion Swiss francs ($5 billion) of money linked to Russia to avoid violating U.S. sanctions, according to its accounts, further increasing pressure on Moscow which today saw the ruble tumble to the lowest level in over two years. 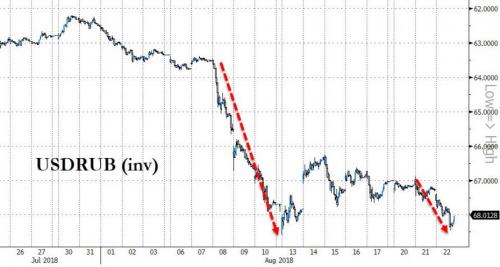 The crackdown on Russian funds by the second largest Swiss bank, which owned aircraft surrendered by Russian tycoon Oleg Deripaska and had lent money to Russian oligarch Viktor Vekselberg before the sanctions, is indicative of the widespread fear among European banks of retaliation by Washington for working with targeted Russian individuals and entities.

"Credit Suisse works with international regulators wherever it does business to ensure compliance with sanctions, including compliance with sanctions involving Russia," a bank spokeswoman told Reuters. The bank is complying with the latest round of anti-Russia sanctions announced in April by U.S. Treasury Secretary Steven Mnuchin meant to penalize Russia for its annexation of Crimea, involvement in the war in Syria and "attempting to subvert Western democracies".

And more is expected to follow, as Trump scrambles to prove to Robert Mueller that he did no collude with Putin.

A popular financial and tourist hub for wealthy Russians with its combination of bank secrecy, political stability and glitzy ski resorts such as Zermatt and St. Moritz, Switzerland has become one of the most important destinations for money leaving Russia. Which is why, for Russia's elite, such steps will close off an important avenue for finance as well as a safe haven for billions of rubles of their wealth.