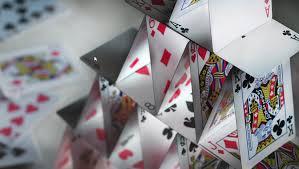 Maybe the artificially low interest rates? Or perhaps it was the pervasive current account deficits amid easy outside capital. How about the rapid slowdown in China, its escalating trade war with the US, and the Yuan devaluation? Or perhaps it's just the rising US interest rates and global quantitative tightening soaking up billions in excess liquidity?

However one justifies the current emerging market crisis, one thing is clear "virtually everybody knew this was coming."

At least that's the common theme according to SocGen's Albert Edwards, who after an extended absence has returned, with a new note looking at the turmoil gripping the EM sector. It's hardly new territory for the SocGen strategist, who prior to his current role, was most famous for his correct predictions and observations on the Asian Financial Crisis of 1997.

Fast forward some 21 years, when the veteran SocGen strategist believes the current turmoil boils down to two things: the Fed's ongoing tightening - a point we discussed earlier this week in "Forget About Turkey: Asia Is The Elephant In The Room" - and China's rapid devaluation. Turmoil, which as Nedbank noted previously, is about much more than just Turkey, which is merely the symptomatic "tip of the iceberg."

Here's Edwards' take on where we stand:

Many commentators have thought for some time that Turkey was a macro-accident waiting to happen. But the key issue is not Turkey's idiosyncratic macro problems. The unfolding crisis in EM is the direct result of Fed tightening and the strong dollar. The Fed always raises rates until something breaks. But Turkey breaking will not be enough to derail this Fed's tightening mission. But what is the significance of China's ongoing devaluation in the face of rapidly weakening growth and trade tensions? Is that also playing a role in draining global liquidity from the financial markets?

And speaking of Turkey, nothing that is taking place now should be a surprise: after all, until the recent diplomatic spat, all the same trends were in place - sliding currency, rising inflation, surging USD-denominated debt, gaping current account deficit.... In fact, if one did not see the Turkey crisis, they should probably look for a job outside of finance (like this Barclays bond trader for example). This is how SocGen's Alvin Tan summed up the current crisis in Turkey: