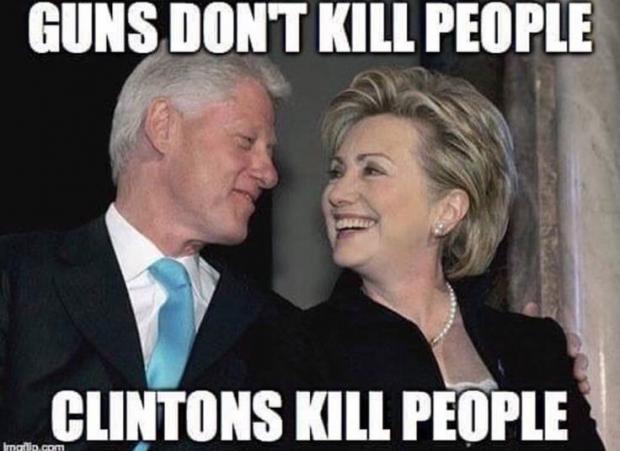 Investigative Journalist Jen Moore was found dead in a suburban Washington D.C. hotel room Monday, according to police and shocked and distraught friends and colleagues.

Moore died of an apparent seizure. Police are closely investigating the cause of death after former FBI Agent Robyn Gritz, a friend of Moore's, made inquiries with homicide detectives Monday afternoon in Prince Georges County, Maryland. Preliminary reports from police said the death was not the result of suicide.

Moore's body was found by employees at the Country Inn & Suites by Radisson, Washington, D.C. East – in Capitol Heights, Maryland. The investigation is ongoing. An autopsy had not been scheduled as of late Monday.

Moore, an advocate who investigated abused and trafficked children, had been in the process of investigating allegations by a 26-year-old man that — as a young boy — he was sexually assaulted by Bill Clinton and pimped out at private sex parties attended by other D.C. elites.

In fact, just four weeks before her death, Moore filed details of the alleged victim's claims with the Department of Homeland Security, detailing the allegations against Clinton. Moore contacted Homeland Security beginning on July 6th through July 9th, records show. A week later, she contacted the FBI with identical details about the victim and the shocking allegations against Clinton.

FBI sources report no case has been opened on the evidence supplied by Moore. Homeland Security officials could not be reached for comment.

As if this wasn't enough ... Mark Minnie died this week also. Mark was the co-author of the book, The Lost Boys of Bird Island, which details allegations that apartheid minister Magnus Malan was part of a paedophile network!

How many more will have to die before people learn that the Klintons are a protected class of people.. like many cases the accusers or the investigators seem to die of sudden ill health, coincidental accidents, or sudden suicide (no doubt due to guilt , that they would accuse such a person above their station. )