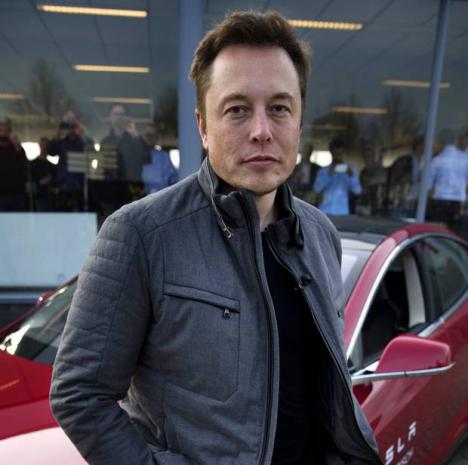 One of the key questions to emerge from Elon Musk's going private "funding secured" fiasco, is where was the board before, during and after the series of torrid tweets sent out by the Tesla CEO in the past two weeks.  In an overnight NYT article, we finally get a fairly clear picture of what was going on through the heads of the company's board of directors, and it's not pretty.

While we urge readers to skim the full piece here, below are some of the key soundbites in what appears to be the first step in the board throwing Musk under the bus as defense against a potentially destructive SEC probe that could have vast implications not only for the CEO, but the company in general.

First, it appears that a big rift has emerged between Musk and the Board, to wit: "Members of Tesla's board are scrambling to control a chief executive who some directors think is out of control."

The key issue: the same one that was brought up by a key Tesla investor over a month ago, with no success: getting Musk to shut up.

In recent days, according to people familiar with the matter, some of his fellow board members delivered a stern message: Stop tweeting.

Mr. Musk hasn't heeded that advice. He has continued to post messages on Twitter, publicly plotting the company's strategy and in some cases making assertions of dubious accuracy. That has only added to the chaos engulfing the struggling company.

But more concerning for Musk is that the Board, which previously endorsed Musk's confusing narrative of events with a brief statement that effectively confirmed what we now know never happened, namely that the funding was never "secured", is now building a firewall from the CEO's increasingly toxic tweets:

Tesla's board members are also racing to inoculate themselves from the possible fallout from Mr. Musk's public statements.

While it's standard for boards to retain lawyers to counsel them on complicated matters, Tesla's outside directors have hired two law firms to represent them.

Some of the especially colorful words that emerge from the report: "alarmed", "blindsided", "erratic":

Some members of the board have grown alarmed by what they see as Mr. Musk's erratic behavior, according to three people familiar with some directors' thinking. Directors were blindsided last week when Mr. Musk claimed on Twitter that he had "funding secured" for a possible deal to convert Tesla from a publicly traded company into a private one. Such a transaction would most likely cost well over $10 billion.

A discussion of what Musk knew when only solidifies the case that Musk's only intention was to burn the shorts:

Musk said this week that he has been in talks with Saudi Arabia's main government investment fund about possibly working on a deal to take Tesla private. But there were no indications that Mr. Musk has actually nailed down any commitments to bankroll such a transaction, and the Securities and Exchange Commission last week contacted the company about Mr. Musk's Twitter posts, which drove up the company's shares and prompted a halt in trading.