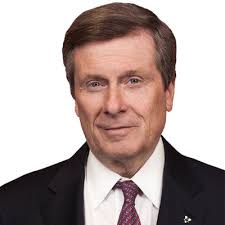 Canada – -(AmmoLand.com)- Fahad Hussain, the Danforth killer's brother, has a long criminal history involving both drugs and guns. By court order, he lived with his family friend Maisum Ansari, his bail surety.

Fahad and Ansari had 42 kilograms of Carfentanil and 33 guns in the basement of Ansari's home. Thirty of those guns were a single model of Glock pistol, still in their boxes.

Despite media reports, these are not small-time drug dealers. Indeed, Fahad Hussain dealt drugs, but he and Ansari seemingly had much bigger plans. Plans the government doesn't want to talk about about.

We're only safe because Ansari's upstairs tenant called the fire department to complain about a carbon monoxide alarm.

When firefighters arrived, they discovered a huge cache of drugs and guns in the basement and called police.

Carfentanil: Before being discovered by drug dealers, Carfentanil was viewed (and used) as a chemical weapon.

A dose of just 20 micro-grams, smaller than a poppy seed, is fatal to humans. With 1 billion micro-grams per kilogram (yes, Billion) it translates into 50 million fatal doses per kilogram.

Police seized 42 kilograms of Carfentanil, or 2.1 BILLION fatal doses, from the basement of Ansari's home, the same home Fahad Hussain was removed from when he overdosed on a combination of cocaine, heroin and an unnamed substance.

What drug dealer can sell 2.1 billion doses of any drug, let alone one as lethal as Carfentanil?

What drug dealer ties up that kind of cash – approximately $100,000,000.00 (One hundred million dollars) – when they can order smaller amounts with far less financial risk?

But the odds that Fahad Hussain and Maisum Ansari are run-of-the-mill drug dealers are greater than getting struck by lightning. Ten times greater.

There is another story at play here – the elephant in the room – a story the government does not want to talk about. A story with a nightmare ending were it not for a drug overdose and a carbon monoxide alarm.

And the government does not want to talk about this terrorist plot.

Public Safety Minister Ralph Goodale is on record saying the Danforth killer was not known to his ministry. That's possible, but very unlikely. With a brother in possession of enough poison to kill the entire country dozens of times over, the odds of the Danforth killer NOT being on federal radar are pretty small.