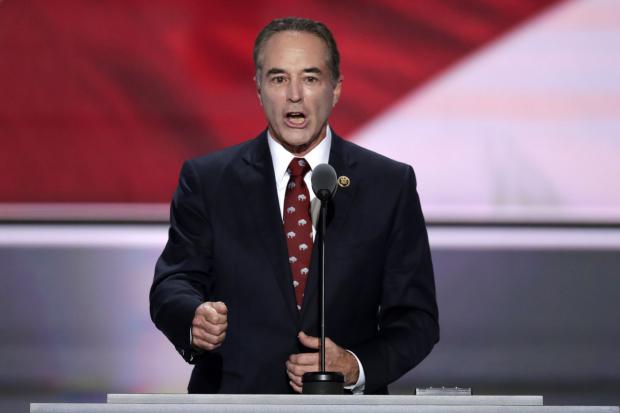 The Republican lawmaker, one of President Trump's earliest supporters, is accused of sharing inside information about a biotechnology company with his son and the father of his son's fiancée in a scheme that allowed them to dodge nearly $800,000 in stock losses, prosecutors say.

"Congressman Collins, who by virtue of his office helps to write the laws of this nation, acted as if the law didn't apply to him," said Manhattan U.S. Attorney Geoffrey Berman.

The securities fraud charges against the three men stem from Collins' relationship with Innate Immunotherapeutics, an Australian biotech firm. Collins sits on the firm's board of directors and is one of its largest shareholders.

Manhattan federal prosecutors say the upstate New York congressman was at a White House picnic when he tipped off his son Cameron Collins, 25, that a new multiple sclerosis drug had failed a medical trial — a crushing blow for a company whose fate rested with the medication.