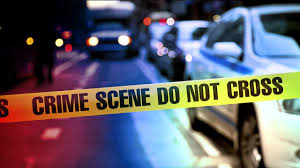 34 of the shootings and five deaths occurred between 10 a.m. Saturday and 10 a.m. Sunday, according to police.

"We know that some of these incidents were targeted and are related to gang conflicts in those areas," said Chicago Police Chief of Patrol Fred Waller at a press conference Sunday afternoon.

Police said there was a "trauma lockdown" at Stroger Hospital with only immediate family members of victims are being allowed in the emergency room. A spokeswoman for Stroger Hospital disputes the police account.

"Over the past 24 hours, Stroger's trauma unit received an unusually high volume of patients. At no time did Stroger go on bypass or 'lockdown' its trauma unit," the spokeswoman said.