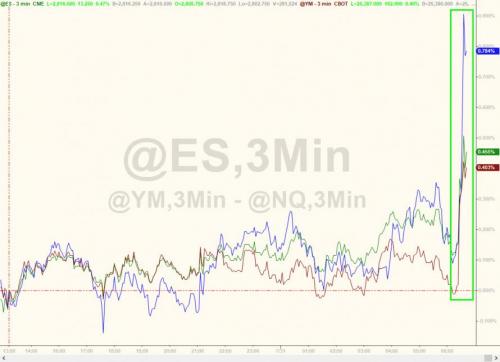 According to Bloomberg sources, representatives of Steven Mnuchin and Chinese Vice Premier Liu He are having private conversations as they look for ways to reengage in negotiations. However, they have cautioned that a specific timetable, the issues to be discussed and the format for talks aren't finalized, but at least there is agreement among the principals that more talks need to take place.

After some early success, negotiations have been stalled for weeks, with both sides in a standoff. Meanwhile, high-level US talks on trade posture with China are ongoing. Complicating matters, however, is a harder line approach taken by US trade representatitve Robert Lightizer, who is in charge of the US's "301 investigation" that resulted in the tariffs, and which concluded that China has been stealing US technology.

The next wave of tariffs is set to kick in as soon as Wednesday, with the possible imposition of $16 billion of duties on Chinese imports - a move Beijing has vowed to respond to with the same level of tariffs on US products.