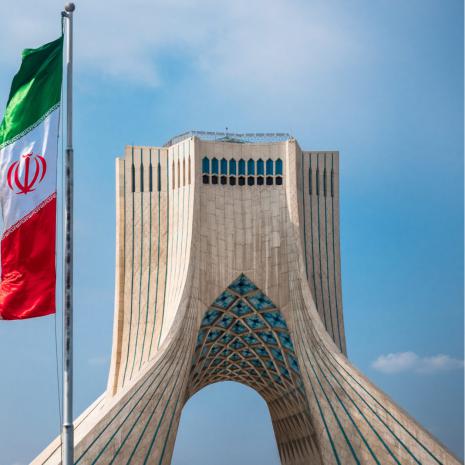 The government of Iran is preparing to launch its own cryptocurrency, according to state-controlled media reports. The intended purpose of the new Iranian govcoin is to help the country skirt the international financial sanctions meant to cut its access to the global economy. The Iranian Directorate for Scientific and Technological Affairs of the Presidential Office already has a plan on its agenda to create a national cryptocurrency, according to Iran's Press TV. The news was announced by Alireza Daliri, the Directorate's deputy for management and investment affairs. He told the ISNA news agency that a large number of homegrown Iranian tech companies had the skills to develop a digital currency. However, he emphasized that, "they would still have to work on removing pre-launch flaws."

Daliri added that these companies were developing the project in cooperation with the Central Bank of Iran (CBI). "We are trying to prepare the grounds to use a domestic digital currency in the country. This currency would facilitate the transfer of money [to and from] anywhere in the world. Besides, it can help us at the time of sanctions." The idea of using cryptocurrency to bypass American-led economic sanctions is not a new one, and it has gained prominence recently mainly due to the Venezuelan Petro. With US President Trump increasing the pressure on the Iranian regime, it is no surprise it would prepare the groundwork for a potential govcoin.

Back in May, we reported that Iranian and Russian lawmakers were jointly examining the issue. Mohammad-Reza Pourebrahimi, who chairs the Iranian Parliamentary Commission for Economic Affairs, raised the idea during a meeting in Moscow with Dmitry Mezentsev, the Chair of the Federation Council Committee on Economic Policy. He explained at the time that the Russians "share our opinion. We said that if we manage to move this work forward, then we will be the first countries that use digital currencies in the exchange of goods."