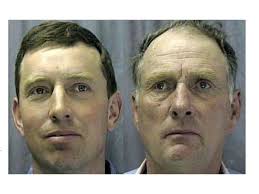 (Natural News) In a show of solidarity and support for father and son ranchers Dwight and Steven Hammond – who, as you may recall, were thrown in prison under false pretenses after a fire occurred on federal land in Oregon back in 2016 – President Trump recently issued pardons for the pair, which has set off a firestorm of controversy.

During a recent segment of the Robert Scott Bell Show, independent journalist Pete Santilli explained how he, too, was imprisoned for 619 days – the longest held journalist and political prisoner in American history – simply for reporting the truth about the incident. Santilli was also accused of being involved in the planning that ultimately led to the takeover of the Malheur National Wildlife Refuge, which is where the standoff with the Feds took place.

You can watch the segment with Santilli at REAL.video.

In case you aren't aware, Santilli was among the first on the ground to begin reporting about what was taking place at the refuge, which made him an immediate target of the Feds who launched a massive disinformation campaign against him. Santilli was falsely accused of a number of crimes, including that he was one of the culprits rather than merely a reporter.

"They alleged that I actually conspired to help those people take over the refuge, and commit crimes against the United States," stated Santilli.