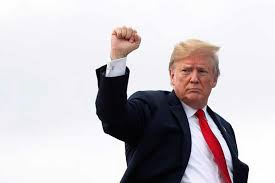 In an astounding spectacle, Davis released to CNN a tape of Cohen talking with Trump, who was apparently being taped without his knowledge, about buying the rights to a Playboy model's story about an alleged affair.

"When Cohen tells Trump, 'We'll have to pay,' Trump is heard saying 'pay with cash' but the audio is muddled and it's unclear whether he suggests paying with cash or not paying," CNN reports.

The FBI seized the tape in a raid on Cohen's office in April. Cohen cooperating with special counsel Robert Mueller is one of the scenarios Trump advisers fear most.

Davis, a damage-control maestro going back to the Clinton administration, told me: "Michael Cohen has made a turn. This is on the record — Michael and I talked about it."

"Michael is going to tell the truth to the powers that be, and let the chips fall where they may."