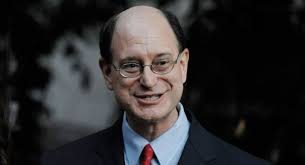 A U.S. lawmaker has called for a blanket ban on cryptocurrency buying.

Congressman Brad Sherman is no stranger to controversial statements on the subject – back in March he called cryptocurrencies "a crock" – and during the Wednesday hearing of a subcommittee for the House of Representatives Financial Services Committee, he went so far as to advocate keeping Americans out of the market entirely.

"We should prohibit U.S. persons from buying or mining cryptocurrencies," the California Democrat - whose largest donor is credit card processor Allied Wallet - declared. He added that, beyond cryptocurrencies being potentially used as a form of money in the future, it can currently be used by tax evaders and rogue states seeking to bypass U.S. sanctions.

One of the panelists, Norbert Michel, director for the Center for Data Analysis at the Heritage Foundation, pushed back against the idea that criminal use should define cryptocurrencies as a whole.

"Those components I believe are the main barriers to widespread adoption in the U.S," he added.

No love for CBDCs

Though much of the hearing revolved around general monetary policy and history, the crypto-specific portions revealed a general opposition to the idea of a central bank digital currency (CBDC).

To quickly recap: a number of central banks around the world have been investigating the idea of using some of the technology concepts behind bitcoin and other cryptocurrencies as part of new, wholly digital money systems. The idea is that the tech can boost transparency and efficiency.

But some of those looking into the subject have warned that it could amplify the risk of bank runs, and several institutions have sworn off the idea entirely following their research.

Alex Pollock, a senior fellow at the R Street Institute, blasted the concept during Wednesday's hearing, declaring it "a terrible idea - one of the worst financial ideas of recent times."

Other committee members couldn't help but agree that the idea, at the very least, raised more fundamental questions about how blockchain and cryptocurrencies actually work.

Congressman Bill Foster asked about blockchain immutability, saying "the promise of blockchain is a non-falsifiable ledger … [what] remains an unsolved problem in the digital world is how do you authenticate yourself?"

On a more positive note, Dr. Eswar Prasad, senior professor of Trade Policy at Cornell University, argued that the existence of cryptocurrencies had the potential to impact the financial services system, particularly the payments system, in positive ways.

According to Prasad, cryptocurrencies could "make transactions much easier ... and bring down the cost," but the benefits are limited at the moment.

"It is certainly difficult to imagine a cryptocurrency replacing the U.S. dollar as long as the Federal Reserve acts as a moderately good steward of the national currency, but it is for this very reason that Congress should eliminate barriers that impede people from using their preferred medium of exchange."