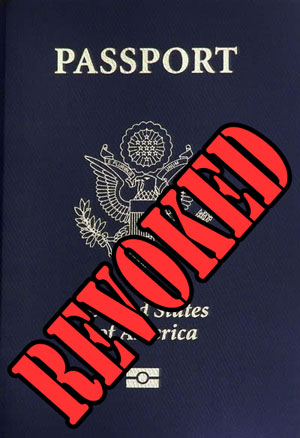 The US government is cracking down on Americans with outstanding tax bills by revoking passports.

The IRS says 362,000 Americans with "seriously delinquent" or overdue tax payments will be denied passport renewal if they don't pay up, according to a report by Time.

A law passed in 2015 empowered the IRS to block passports if a person owes more than $51,000. As former congressman Bob Barr put it, the IRS is starting to use this hammer.

According to the Time report, the IRS has been sending the names of tens of thousands of "violators" to the State Department. You could even find your passport revoked if you're already overseas, although you may be eligible for a limited passport for a direct return to the US.

If this wasn't troubling enough, Barr raises the specter of other federal agencies getting similar authority, such as the power to stop a citizen's ability to "secure a driver's license, obtain[…] a loan from a federally-insured financial institution, or clear[…] a background check prior to purchasing a firearm?"

Meanwhile, more and more Americans are considering renouncing their citizenship due to onerous taxes. Last year, 5,132 gave up their citizenship. That was just 277 below the all-time record of 5,409 set in 2016.

It's no mystery why Americans living abroad willingly sacrifice their citizenship. United States tax laws are extremely onerous. The US is one of the few countries that forces its citizens to pay taxes on income earned abroad, no matter where the individual permanently lives. On top of that, the tax paperwork is extremely complex.