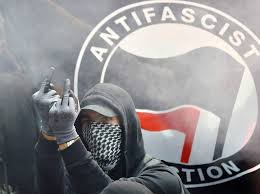 (Natural News) The left is having a meltdown over a proposed new law that would increase the punishments for "anti-fascists" (Antifa) and other radical extremists who assault or commit acts of violence against their political opponents.

Known as the Unmasking Antifa Act of 2018, the bill would clamp down on folks who injure, oppress, threaten, or otherwise intimidate others while concealing their faces with masks – which also includes members of groups such as the Ku Klux Klan that many people associate with the far right (even though the KKK was started by Democrats).

Introduced by Representative Dan Donovan, a New York Republican, and co-sponsored by Reps. Pete King (R-N.Y.), Paul Gosar (R-A.Z.), and Ted Budd (R-N.C.), the legislation proposes increasing the fines associated with illegal activity committed by the likes of Antifa, as well as prison terms, which would increase to as high as 15 years.

State-level legislation such as this already exists in places like Georgia, Alabama, Ohio, and West Virginia, aimed mostly at the KKK. But the Unmasking Antifa Act of 2018 would have nationwide ramifications, addressing the more recent phenomenon of extreme violent behavior by many on the left in response to Donald Trump winning the presidential election.

With the exception of Halloween, Mardi Gras, and other similar dress-up holidays, concealing one's identity with unusual clothing and masks while vandalizing, rioting, or committing other violent acts in public would carry with it harsher penalties and punishment under the new law.

"Anyone wearing a mask [who] violates another person's constitutional rights is subject to a fine and a maximum sentence of 15 years, and two years can be added to the sentence if they destroy property," writes Susan Duclos for All News PipeLine.

Even though they're the ones committing all the violence, leftists whine about how proposed new law puts them at risk

It didn't take long for the liberal media to start blasting the bill immediately following its proposal – in many cases completely misconstruing both its intent and provisions. Reason Magazine, for instance, lied to its readers in declaring that the legislation would somehow make it a federal crime to protest while wearing a mask.

How the Elite Use Information Warfare to Manipulate You

The Elite's COVID-19 Coup Against a Terrified Humanity: Resisting Powerfully

Microsoft Does NOT Want You To See This Video!