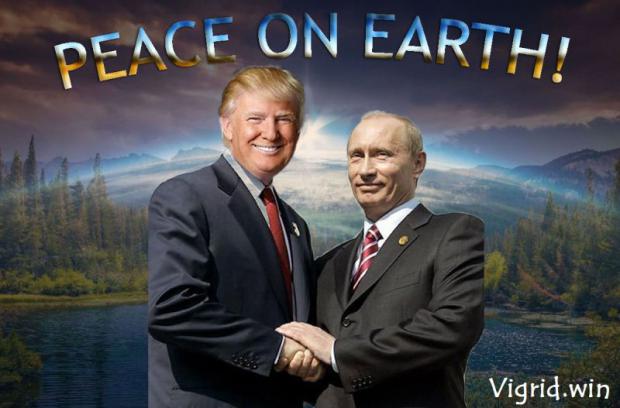 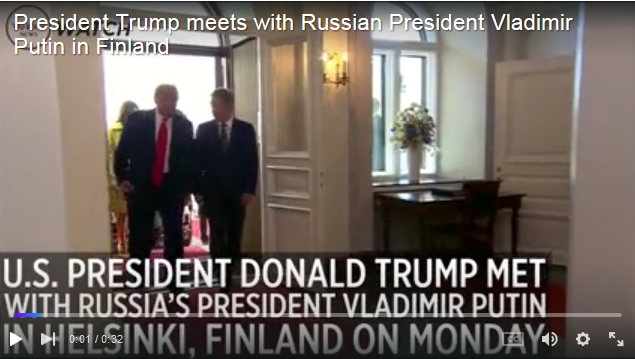 "I think we have great opportunities together as two countries that, frankly, we have not been getting along very well for the last number of years," Trump said, later adding, "I think we will end up having an extraordinary relationship."

While Trump outlined several topics that he hoped the pair would discuss, he did not bring up Russia's interference in the 2016 U.S. presidential election. America's intelligence agencies have all concluded Putin's government conducted a hacking and social media campaign designed to boost Trump and hurt his opponent, Democrat Hillary Clinton. On Friday, the Department of Justice announced indictments against 12 officers in Putin's intelligence services and accused them of involvement in the campaign cyberattacks. Putin has denied Russia attempted to interfere in the U.S. election.

Putin was about an hour late to the meeting. The pair stood next to each other for photos before sitting in adjacent chairs. They did not shake hands at the outset of their public remarks.

The Russian president spoke first and his comments were far briefer than Trump's. He declared, "The time has come to talk in a substantive way."

In the hours leading up to the meeting, Trump sent a pair of tweets criticizing the U.S. investigation into Russian interference in the election as a "Rigged Witch Hunt." A team lead by special counsel Robert Mueller is conducting the investigation that filed the charges last week against the Russian intelligence officers. Mueller's probe has also led to charges against multiple former members of Trump's campaign and investigators are looking into whether anyone on the president's team worked with the Russians.