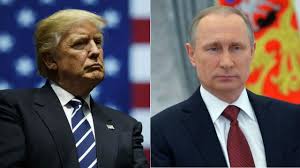 Ignore the establishment: Trump has a huge opportunity at his upcoming summit.

The upcoming summit between Donald Trump and Vladimir Putin is an overdue opportunity for the American president's next bold peace initiative. It is time for the U.S. to stop its wasteful wars, and Russia can be a constructive partner to this end.

The mainstream press on both sides of the Atlantic will howl against any agreement between Trump and Putin—no matter what's in it. So why not take steps that the American public will instinctively understand and that will provide the support for Trump to end America's failed interventions? Besides what are his opponents going to do? Vilify him for seeking peace and starting the process of healing the many wounds of the wars? The American people are not fooled by false claims that Trump is soft on terrorism; they are aware that U.S. military interventions oftentimes can—and do—fuel terrorism.

President Trump should propose a drawdown of American troops in Afghanistan in exchange for a drawdown of Russian troops in Syria (along with a pledge that America has no interest in reengaging in the Syrian Civil War). This would be consistent with Trump's oft-stated observation that America's wars (declared and undeclared) in the Middle East have been a waste.

Trump need not "recognize" the Russian annexation of Crimea but he should assert that a resolution to the situation on the ground in Ukraine is a European matter—to be settled by bilateral negotiations between Russia and Europe.