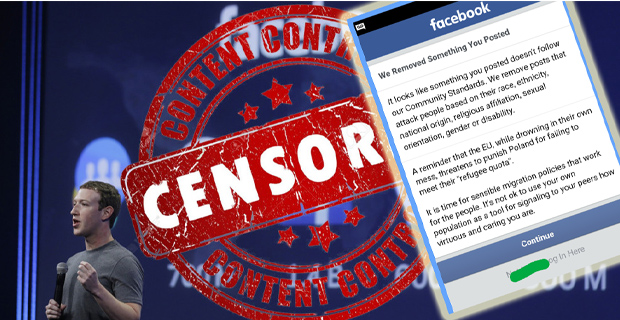 Facebook has demonstrated their bias against conservative media again and again. While the left-wing media is undeniably loath to admit that the social media giant is indeed censoring political adversaries, the truth is easily seen. Facebook's targeting of conservative voices is clear — especially when it comes to pro-life content.

Facebook's crackdown on dissenting thought has gone to new heights with the launching of new rules for advertisements. The social media network claims these rules will increase "transparency," though it seems Facebook has forgotten what that word actually means.

LifeSiteNews reports that since Ireland's May 25 abortion referendum, Facebook has rejected their ads almost entirely. According to Facebook, the images of ultrasounds and baby feet used in pro-life ads are "too strong" for the social media network, but it seems as though Facebook just can't hide the fact that they've got their own agenda to push.

What are these "political" buzzwords? Well, so far the list of subjects deemed "political" by Facebook include "abortion," "civil rights," "health," and "values." But the social media leviathan says that this list will be expanded over time — to include anything and everything that might inspire divergent thought, no doubt.

Under this scheme, Facebook can effectively control what content (and what opinions) gets published — without explicitly engaging in censorship.

Facebook's phony "transparency" initiative has been the subject of widespread derision. LifeSite President Steve Jalsevac commented, "Facebook has made everything 'political' whereas we are an entirely issues-focused news service rather than a political one."

Ads for LifeSiteNews have repeatedly been rejected, likely for their pro-life message.

A Facebook representative reportedly told LifeSiteNews that using images for their ads and articles that include ultrasounds and unborn babies may be "too strong" for Facebook.

The rep continued by suggesting that the topic of being pro-life may be "too offensive."

The representative noted that if ads continued to be rejected even with new images, it "may be that the topic of choice for your Ads is what is being disapproved."