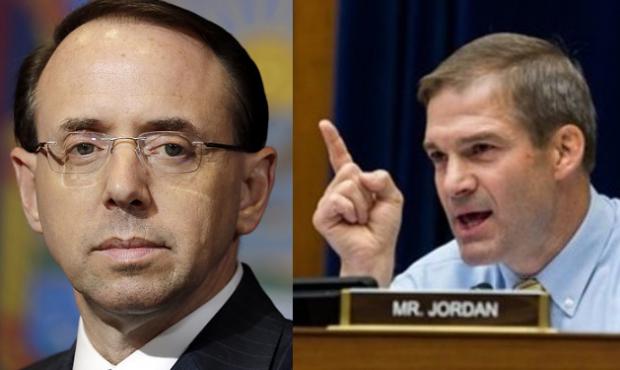 floor vote passed 226-183, representing a further escalation in an ongoing feud between Congressional investigators and the DOJ. The demand sets a July 6 deadline for outstanding materials, which Rep. Mark Meadows (R-NC) said on Wednesday that failure to comply could result in holding Deputy Attorney General Rod Rosenstein in contempt, or even impeachment.

"I am not keeping any information from Congress," Rostenstein insisted, before being cut off.

"In a few minutes, Mr. Rosenstein, I think the House of Representatives is gonna say something different," Jordan fired back.

"I don't agree with you … If they do, they will be mistaken," replied Rosenstein.