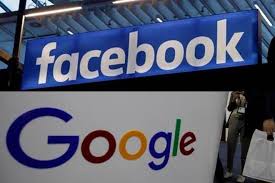 largest technology and telecommunications firms have only three days to prevent the California Consumer Privacy Act, or CCPA, a ballot initiative that would usher in the strongest consumer privacy standards in the country, from going before state voters this November.

The idea that Californians might gain sweeping new privacy rights has spooked Silicon Valley, internet service providers, and other industries that increasingly rely on data collection, leading to a lobbying push to defeat the initiative before it gains traction. Their best hope may be to convince the sponsors of the initiative, including San Francisco real estate developer Alastair Mactaggart, to pull the proposal in exchange for compromise privacy legislation, AB 375, which would achieve some of the same goals of the initiative. Lawmakers behind the legislation, led by state Assembly Member Ed Chau, D-Monterey Park, and state Sen. Robert Hertzberg, D-Van Nuys, have promised to swiftly pass their bill this week if sponsors withdraw the CCPA.

Emails obtained by The Intercept reveal that tech giants are fighting behind the scenes to water down the privacy legislation, hoping to prevent an expensive and potentially losing ballot fight this year.

Andrea Deveau, a lobbyist for TechNet, a trade group for Google, Facebook, and other tech companies, has continually updated an ad-hoc business lobbying coalition formed to defeat the CCPA. In an update sent on Sunday evening, Deveau provided a "compilation of feedback re: the most problematic aspects of AB 375."

In her update, she listed a vast array of changes lobbyists are still seeking, including a rewrite of the privacy law's description of what counts as personal information, changes to the conditions under which a consumer can seek legal action, the preservation of arbitration clauses in consumer contracts, and the removal of the mandate that firms display a button on their homepage giving consumers a clear way of opting out of data collection, among other changes.

Over the last few days, Deveau has continued to update a coalition of Sacramento lobbyists of her team's efforts to ensure that if AB 375 passes, the bill provides significant changes compared to the original CCPA.