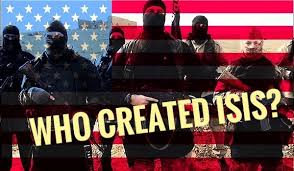 It's truly amazing how much the consciousness of the planet has changed within the past 5 years alone, and it's not just happening within one topic, but in several different areas ranging from health to geopolitics and everything in-between.

People are really starting to wake up and see through the mass amounts of propaganda and lies we are continuously fed via the mainstream media, with regards to global events and other major areas that surround all aspects of humanity.

Known as "the father of public relations", Edward Bernays sums it up quite well,

"The conscious and intelligent manipulation of the organized habits and opinions of the masses is an important element in democratic society. Those who manipulate this unseen mechanism of society constitute an invisible government which is the true ruling power of our country. We are governed, our minds are moulded, our tastes formed, our ideas suggested, largely by men we have never heard of ." – Propaganda, 1928

This massive 'awakening' I am referring to has become evident, as words such as "deep state" and "false flag terrorism" have now become commonplace within mainstream media rhetoric, with multiple global politicians referencing it frequently. Take Russian president Vladimir Putin for example, on more than one occasion he has called out the western military alliance, and the "magical" and "mythical" threats they create to justify economic and geopolitical action & intervention into other countries for ulterior motives.

Or how even Syrian president, Bashar Al-Assad, explained how Donald Trump is just another tool for the Deep State. The acknowledgment of the Deep State is huge as multiple presidents and politicians have been trying to tell the American public about it for years.

Former president of the United Staes,Theodor Roosevelt, was among many who tried to warn us that both parties have strayed from their original purpose and that instead of politics being a tool to promote the general welfare of the masses, "they have the tools of corrupt interests which use them impartially to serve their selfish purposes. Behind the ostensible government sits enthroned an invisible government, owing no allegiance and acknowledging no responsibility to the people." (source)

For us at Collective Evolution, it's fascinating because we've been writing about topics like the Deep State for years, and to have major political players acknowledge these things definitely raises an eyebrow.