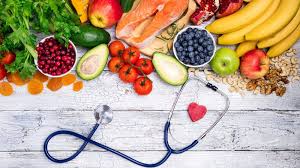 (Natural News) A study carried out by researchers at the University of Tübingen Interfaculty Institute for Cell Biology (IFIZ) in Germany has identified a new molecular signaling mechanism that regulates autophagy, a cellular recycling process where the cells continually break down and renew small parts of themselves by way of self-digestion. According to researchers, this process helps keep the cells young. The experts also note that autophagy takes place when energy gets depleted or during hunger.

The researchers have discovered that a family of proteins called WIPI proteins facilitate autophagy by serving as scaffolds that connect the signal-directed initiation of the process with the subsequent metabolism of cellular material. The experts report in the journal Nature Communications that one form of WIPI protein called WIPI4 protein signals the cells to regulate the extent of the breakdown process when energy begins to deplete. The process is started by the WIPI1 and WIPI2 proteins, and is subsequently continued by the WIPI3 and WIPI4 proteins.

The scientists have also inferred that the WIPI3 protein serves as an additional lysosome regulator, which then prevents the anabolic pathways of the cell when autophagy occurs. According to the experts, the four WIPI proteins act as platforms for multiple protein to protein and protein to lipid interactions. The research team notes that their results may help the scientific community better understand faulty autophagy mechanisms that lead to age-related diseases. Likewise, the experts stress that the findings may have potential implications in developing new treatment plans for various diseases. (Related: Kamikaze immune cells: Bacteria infected cells die off quickly to sound the back-up alarm against stealthy invaders.)

An animal study published in the eLife journal has revealed that autophagy may show a significant decline as the body ages. A team of researchers at the Sanford Burnham Prebys Medical Discovery Institute in California examined tiny roundworms called C. elegans to carry out the study. The scientists counted the numbers of autophagosomes (AP) and autolysosomes (ALS) in different body tissues of the animal including intestine, muscle, pharynx and neurons. The APs were also measured at different time points of the animal's life cycle. The experts used chemical blockers in order to better understand the process.