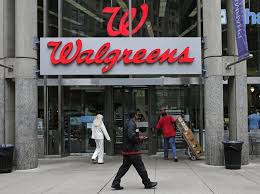 FRANKFORT, Ky. – Attorney General Andy Beshear filed suit against Walgreens on Thursday for its dual role as distributor and pharmacy in allegedly failing to legally monitor its own operations that shipped and dispensed large quantities of opioids through its more than 70 locations statewide.

Since taking office, Beshear has been working to hold opioid manufacturers and distributors accountable and to find workable solutions to the drug epidemic.

The lawsuit, filed in Boone Circuit Court, alleges unfair, misleading and deceptive business practices by Walgreens for excessively distributing and dispensing opioids in Kentucky and for failing to legally report to state and federal authorities the suspiciously large orders it received for prescription opioids.

"As Attorney General, my job is to hold accountable anyone who harms our families," Beshear said, "While Walgreens' slogan was 'at the corner of happy and healthy,' they have significantly harmed the health of our families in fueling the opioid epidemic."

Beshear said he filed his sixth lawsuit in Boone County because of the large number of Kentuckians who have died from overdoses in Northern Kentucky.

"While the pain of addiction and loss of a loved one may never heal, I want to make sure these billion dollar companies take responsibility and become a part of the solution," said Beshear.

Beshear's lawsuit alleges that Walgreens, whose 2018 second quarter sales topped $33 billion, failed to use its unique position as a pharmacy and distributor to prevent the flood of opioids into Kentucky.

As a distributor, the company has real-time data regarding exact amounts of pills, pill types and customer orders for its store and is legally required to report suspicious orders to the DEA. The company has distribution centers close to Kentucky's borders in Illinois and Ohio.

As a pharmacy, it is legally required to monitor and flag suspicious customer prescriptions, such as individuals traveling long distances to fill prescriptions or doctors prescribing outside the scope of their usual practice.

Beshear said Walgreens knew or should have known of Kentucky's exceedingly high rate of suspicious opioid shipments and prescriptions and the significant correlating risk of abuse, misuse and diversion of prescription opioids.

'WE DID NOTHING WRONG'

Maryville, Kentucky: Worshipers Met with Nails in the Road as They Defied Viral Lockdown