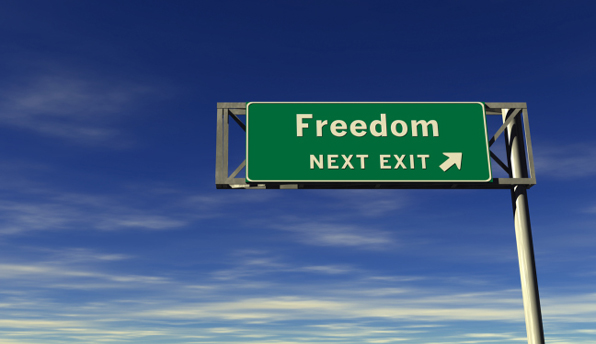 Editor's Note: Please welcome Luken Surge, a new writer for The Daily Bell. We are dedicated to doing more than simply calling out all the things wrong with the government, financial system, and society. In line with the philosophy of our free guide, How to Craft a Two Year Plan to Reclaim Three Essential Freedoms, we believe grassroots individual empowerment is the most important step to freeing people from the constraints of the elites controlling government, corporations, and the media. As you will learn from his writing, Luken is a perfect fit for The Daily Bell, as someone who has, and continues, to apply this philosophy to his life.

You're Not As Trapped As You Think You Are

What do you do when you are living in an area that is not working for you? Whether it is the laws, taxes, people, or traffic what do you do if you are feeling stuck or suffocated?

Is moving really an option? You might feel that moving far away from home is impossible. You might have heard about stories of failure and of others who had to return home in defeat with their tail between their legs. Or, you feel that moving somewhere else is just this big, expensive process that you don't have time for.

I used to think like that, too. I was so paralyzed by my fear of 'I can't do that' or 'I can't afford it' that I stayed in the same little town I grew up in for almost 10 MORE YEARS! I lived in Acworth, GA where the good jobs were 45 minutes to an hour away, everything was taxed, and the social & economic pressures kept a lot of doors closed for a lot of people. The government was often in favor of laws that benefited the few or penalized the many.

Growing up there I knew that I wasn't a good fit. I loved the mountains and I had grown around myself a self-made community of people who cared about me, but we were all struggling with a fight that we couldn't see any end in sight for. Even entry-level jobs, those opportunities that are supposed to get you in the door, were traps. You'd start low with no way to move up or anywhere. It would be years of struggling in the same spot before you would catch on, leave, and try another one that would just do the same thing.

I watched everyone I knew falling under the gears one by one and I knew that if I stayed I would fall at some point right behind them. It soon became clear that moving wasn't a point for convenience or pleasure, but for survival. And it left me with a choice that took me two years to finally and act on.

Before the Journey Could Begin, The Recession Happened

As I hit adulthood the country was just hitting the recession. In GA, like many other states, the job market was devastated. I had to start out at under the table jobs that could never pay much, jobs like house cleaning, painting, yard maintenance, and pet sitting. It took many more years than it should have to get into an industry that actually had opportunity in it. But after I spent years to discover, learn, and master a trade I could succeed in, I realized that all the jobs were over an hour away from me in Atlanta.

This was a major obstacle for me as I was presented with the options of moving into the city where I knew I would be very unhappy, or stay in my area and deal with the three hour a day round trip commute…. Like all the other professionals did….

Florida teen arrested at school after refusing to wear mask

I ??? JK ROWLING: Vancouver billboard shut down by trans activists