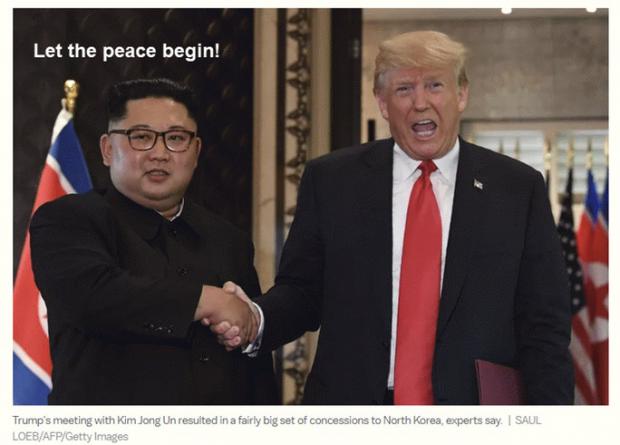 According to North Korea state media, Trump and Kim Yong Un agree to meet in each other's country.

There is scant US press on this at the moment but several hours ago the Telegraph reported Donald Trump 'accepts Kim Jong-un's invitation to visit North Korea'.

"Kim Jong-un invited Trump to visit Pyongyang at a convenient time and Trump invited Kim Jong-un to visit the US," KCNA reported.

"The two top leaders gladly accepted each other's invitation, convinced that it would serve as another important occasion for improved DPRK-US relations," the report added, using the official abbreviation for North Korea.

"Kim Jong-un said in order to achieve peace and stability of the Korean Peninsula and realise its denuclearisation, the two countries should commit themselves to refraining from antagonising... each other out of mutual understanding," KCNA reported.

Current and former US defence officials expressed concern at the possibility the United States would unilaterally halt military exercises without an explicit concession from North Korea that lowers the threat from Pyongyang.

There is an interesting video in that link on body language. I played others but that was the best one I could find. It does not embed.

Here is one that is more general, not related to to the visit with Kim.