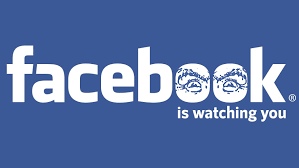 The creepy ways Facebook spies on its users have been detailed in a bumper document presented to Congress.

They include tracking mouse movements, logging battery levels and monitoring devices close to a user that are on the same network.

The 454-page report was created in response to questions Mark Zuckerberg was asked during his appearance before Congress in April.

Lawmakers gave Zuckerberg a public grilling over the Cambridge Analytica, but he failed to answer many of their queries.

The new report attempts address their concerns, but it sheds little new light on the Cambridge Analytica scandal.

However, it does contain multiple disclosures about the way Facebook collects data.

Some are unsurprising, such as the time people spend on Facebook, while others may come as a shock to the majority of users.

To do this, it will log the hardware manufacturer of your smartphone, connected television, tablet, computer, or other internet-connected device.

If you're using a smartphone, it will also keep a record of the mobile carrier, while internet service providers (ISPs) will be stored for users using a Wi-Fi or Ethernet connection to access Facebook.

Pressure Mounts on Biden Not to Hire Big Tech Veterans