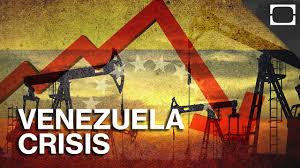 (Natural News) The problem with liberals and progressives in the United States is that they are incapable of looking to other parts of the world to determine what works and what does not. Venezuela, for example, is a perfect example of what happens when the government believes that it should become more and more involved in the lives of everyday citizens – chaos ensues and the entire nation spirals towards collapse. Yet here in the U.S., the liberals are Hell-bent on following this same exact path of economic socialism and big government. This is ignorance of the highest order.

Perhaps it would help the leftists see the light if they knew that doctors, engineers, oil workers, teachers and electricians were all fleeing the failed socialist nation of Venezuela before the entire society crumbles like a house of cards. So far, in 2018, a total of 48,000 teachers (which is a number equivalent to 12 percent of all primary and high school staff nationwide) have quit their jobs and are now seeking an escape from the long food lines and empty shelves at the grocery stores. Some of these educators include Aquiles Nazoa (who fled to Chile one year ago), Reinaldo Cordero (leaving behind his class and his $29 USD per month salary), Esperanza Longhi (who is currently in the process of fleeing to Peru), and Principal Deliana Flores.

Venezuela's doctors are also leaving en masse. At the Jose Manuel de los Rios Children's Hospital in Caracas, for example, 68 doctors (equal to 20 percent of the hospital's medical staff) have quit their jobs and left the country altogether over the past two years. This, of course, has forced the hospital to make some unfortunate but necessary changes. Their cardiology department is now only open for a morning shift, and 300 vacant nursing positions and personnel shortages have resulted in the facility only being able to staff two out of its seven operating rooms.

Why are they leaving?

Simply put, so many people are now fleeing the nation of Venezuela because of the horrendous living conditions that are the result of failed socialist policies. The government is replete with corruption, crime runs rampant in the streets, and on top of it all, food is incredibly difficult to come by since most of the grocery store shelves are empty. As reported by the Daily Caller back in 2016, many people in Venezuela are forced to search through dumpsters just to find some scraps of food. (Related: The starvation in Venezuela is exactly what happens when socialists run out of money.)