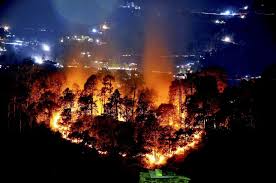 Following last weekend's G-7 meeting for the world's most important finance ministers and central bankers in Whistler, Canada, at which the US was introduced as a "+1" to the G-6, and whose positioned was "condemned" by the rest of the Developed World, this week's G-7 showdown in Toronto where Trump will also be present, promises to be a historic event, one in which Chancellor Angela Merkel has vowed to challenge Donald Trump on trade and climate, and warned the lack of room for compromise means leaders may fail to agree on a final statement, an unprecedented event at a summit of the world's 7 most advanced nations.

Speaking before German lawmakers on Wednesday, two days before the G-7 summit starts in Canada, Merkel said that Trump's "America First" doctrine shows that "we have a serious problem with multilateral agreements." She added that failure to reach common ground could lead to the highly unusual step of host Canada issuing a concluding statement not agreed by all participants, according to Bloomberg.

Merkel said she plans to speak to Trump specifically about trade at the G-7. "There will be some controversial discussions" at the gathering, she told lawmakers. Germany will make sure that what was agreed on trade and climate at the last G-7 summit and at a G-20 meeting will be maintained in joint statements from the two-day meeting in Quebec "if any are agreed."