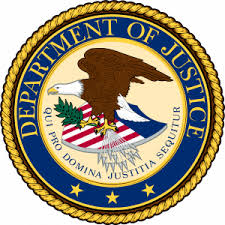 (Washington, DC) – Judicial Watch announced today that it filed a Freedom of Information Act (FOIA) lawsuit against the U.S. Department of Justice for all records of communications between both the DOJ and the Federal Bureau of Investigation with members of the Senate Judiciary Committee and the House Permanent Select Committee on Intelligence regarding the Foreign Intelligence Surveillance Act (FISA) warrants against foreign policy advisor Carter Page and other members of Trump campaign (Judicial Watch v. U.S. Department of Justice (No. 1:18-cv-01088)).

The suit was filed after both the Justice Department and the FBI, a division of the DOJ, failed to respond to separate February 9, 2018, FOIA requests seeking:

Any records of communications between DOJ officials and Members of the U.S. Senate Committee on the Judiciary ("USSCJ") and/or their staff members regarding USSCJ's attempts to acquire the applications and renewals for FISA warrants against Carter Page and any other members of President Trump's presidential campaign, as well as any records relating to or forming the basis of those FISA warrant applications/renewals from June 1, 2016 to the present.

Any records of communications between DOJ officials and Members of the House Permanent Select Committee on Intelligence ("HPSCI") and/or their staff members, regarding HPSCI's attempts to acquire the applications and renewals for FISA warrants against Carter Page and any other members of President Trump's presidential campaign, as well as any records relating to or forming the basis of those FISA warrant applications and renewals from June 1, 2016 to the present.

Over the last year, the DOJ and FBI have withheld or stonewalled on documents about the FISA court warrants targeting of the Trump campaign, Spygate documents, the Clinton-DNC anti-Trump dossier, the genesis of the Obama's Trump-Russia investigation, the Clinton email investigation, and anti-Trump FBI text messages.

The lawsuit is the latest of more than two dozen active suits Judicial Watch has filed relating to the DOJ cover-up of the abuses and the stonewalling of Congress related to the year-long Mueller investigation into alleged Russian collusion in the 2016 election.

On February 2, 2018, Republicans on the House Intelligence Committee released a memo detailing government surveillance abuse during the 2016 campaign. This document points out that the "minimally corroborated" Clinton-DNC dossier was an essential part of the FBI and DOJ's application for surveillance warrants to spy on Page.

On February 7, 2018, House Intelligence Committee Chairman Devin Nunes wrote a letter to Judge Rosemary M. Collyer, the presiding judge at the Foreign Intelligence Surveillance Court (FISC), requesting transcripts of "any relevant FISC hearings associated with the initial FISA application or subsequent renewals related to electronic surveillance of Carter Page." On February 15, Judge Collyer replied that the FBI and DOJ "possess most, if not all, of the responsive materials the Court might possess, and we have previously made clear to the Department, both formally and informally, that we do not object to any decision by the Executive Branch to release any such FISA materials to Congress."

On April 6, 2018, The Hill reported that the Justice Department "agreed to allow additional access by the House Intelligence Committee to view four surveillance applications" against Page, "calling it an "extraordinary accommodation."" The public has still not been told what was contained in those applications.

On May 3, 2018, Judicial Watch sued the DOJ for copies of all transcripts of hearings before the FISC regarding applications for or renewals of FISA warrants relating to Page and/or Michael Flynn.

In February 2018, Judicial Watch sued the DOJ for FBI documents regarding the FISA warrant application submitted to – and responses from – the FISC related to alleged collusion between Russia and Trump campaign associates (Judicial Watch v. U.S. Department of Justice (No. 1:18-cv-00245)).

In January 2018, Judicial Watch sued the DOJ for text messages and other records of FBI official Peter Strzok and FBI attorney Lisa Page (Judicial Watch v. U.S. Department of Justice (No. 1:18-cv-00154)). Strzok reportedly oversaw the FBI's interviews of former National Security Adviser, General Michael Flynn; changed former FBI Director James Comey's language about Hillary Clinton's actions regarding her illicit email server from "grossly negligent" to "extremely careless;" played a lead role in the FBI's interview of Clinton; and is suspected of being responsible for using the unverified dossier to obtain a FISA warrant in order to spy on President Trump's campaign.