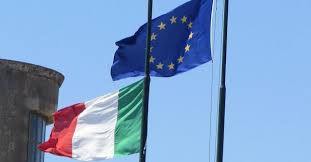 There simply is no good starting point.

You can't talk about the decline of Rome without a lengthy discussion of how destructive Diocletian's Edict on Wages and Prices was in the early 4th century.

But you'd have to go further back than that and discuss all the lunatic emperors preceding him, all the way back to Caligula.

But you can't talk about Caligula without bringing up the effects of the civil war between Octavian and Marc Antony… which was a direct result of the previous civil war between Julius Caesar and Pompeius Magnus.

Before long you've gone back in time more than 500 years trying to figure out why the Roman Empire collapsed.

Modern Italy isn't so different. After all, this is a country so unstable that it's had 64 governments in the seven decades since the end of World War II, averaging a new government every 14 months.

That has to be some kind of world record.

And to accurately diagnose how Italy ended up in such dire financial and political turmoil, you'd have to go back a -very- long way.

But for the sake of brevity, we'll just go back to March. Italy held elections, and the "5-Star Movement" political party won the most seats… but not a clear majority.

This required them to establish a coalition with other political parties, which took weeks of haggling and negotiating.

How The British Government Is Wading Into The Swamp Of Despotism... One Muzzle At A Time

The EU Is To Blame For The Latest Brexit Crisis

The EU's Drive Toward Political Centralization Will Doom Its Economy

Ford Is Slashing 10,000 Positions And Closing 6 Factories In Europe

The Fiscal Centralization Of Europe Will Not End Well

Weekly Update --- Europeans Are Waking Up to Government Covid Tyranny. Why Are We Still Asleep?