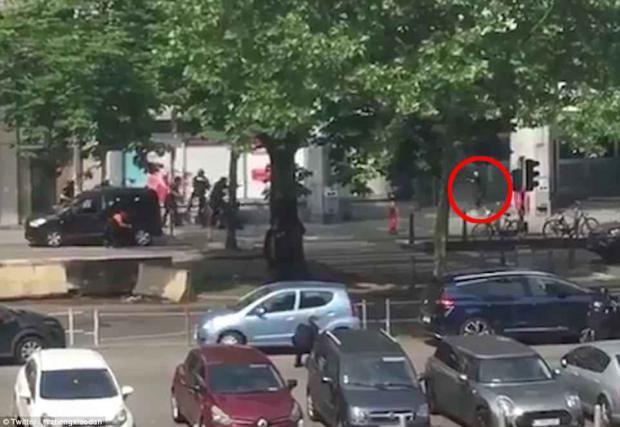 After carrying out three brutal murders this morning, the attacker took a female cleaner hostage in a nearby high school.

The footage shows him running out of the school with two guns blazing before he was shot dead in the street. Several officers were injured in the gun battle.

The man, who is understood to have been on a day release from a nearby prison, had approached the female officers at around 10.30am, slashed their throats and stabbed them several times from behind, before disarming them.

He has been named as 36-year-old Benjamin Herman. His victims have been named as police officers Lucile Garcia, 45, and Soraya Belkacemi, 53, and 22-year-old Cyril Vangriecken, who was shot dead sitting in a parked car with his mother.

A lawmaker revealed Belgian national Herman was on an anti-terror police watchlist after being radicalised in jail. He appeared indirectly in security reports on radicalised people and was a multiple repeat offender incarcerated since 2003 who was on day release when he attacked.