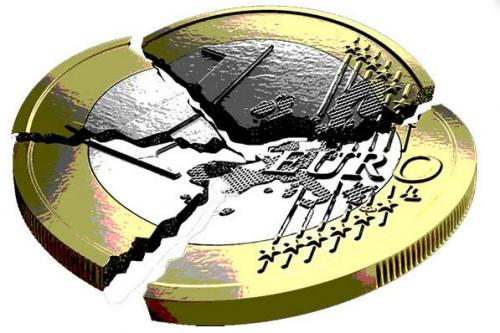 Hmm, what would that mean for the Catalan politicians Rajoy is persecuting? The Spanish political crisis is inextricably linked to the Italian one, not even because they are so much alike, but because both combine to create huge financial uncertainty in the eurozone.

Sometimes it takes a little uproar to reveal the reality behind the curtain.

Both countries, Italy perhaps some more than Spain, would long since have seen collapse if not for the ECB. In essence, Mario Draghi is buying up trillions in sovereign bonds to disguise the fact that the present construction of the euro makes it inevitable that the poorer south of Europe will lose against the north.

Club Med needs a mechanism to devalue their currencies from time to time to keep up. Signing up for the euro meant they lost that mechanism, and the currency itself doesn't provide an alternative. The euro has become a cage, a prison for the poorer brethren, but if you look a bit further, it's also a prison for Germany, which will be forced to either bail out Italy or crush it the way Greece was crushed.